History of The Wellwood Club

In the Late 1800’s, The Wellwood Club was originally a private Hunting and Fishing Club that was established as “An organization of optimists and humanitarians in the broadest sense. Its purpose is to promote the ‘happy’ habit; to reduce the friction of life to a minimum and increase the pleasure of existence to the maximum; to discourage strife and promote good fellowship.” The second floor of The Wellwood holds rooms named for States that had sent letters to the Club, requesting that a room be named after their state so that their representative would have a place to call ‘home’.

Later, The Wellwood became a private Country & Yacht Club, which included a 9-hole golf course, a duck pond, gardens, swimming pool and a 3-story dormitory building. Past members and visitors to The Wellwood included many past politicians and businessmen (local and national) that included Theodore Roosevelt, Calvin Coolidge, Joseph Cannon. The wooden eagle picture on this page was part of a hand carved bar that was said to have been donated to The Wellwood by President Roosevelt.

The Metz family acquired the Wellwood in 1958. We believe in using only choice meats, fresh seafood and fresh produce in preparing a quality meal for you and your guests. If you have any questions please feel free to ask. We look forward to working with you to make your event and dining experience memorable! 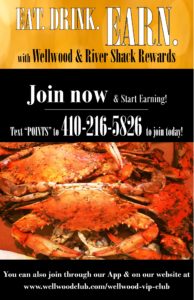 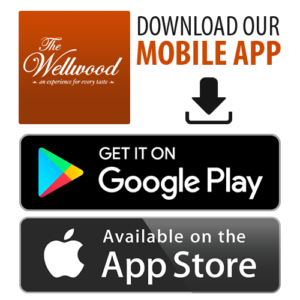 Check out The Wellwood on Yelp